The Woman’s Club of Cypress is creating a delicious recipe cookbook and 50% of the profits from its sales will be donated help our injured Vets through the Patriotic Service Dog Foundation. The other 50% goes to college scholarships and other charitable donations. This fundraiser helps to cover cookbook production costs, so more profit can go to the foundation, scholarships, and charities.

The fundraiser is Tuesday October 23rd at Hof’s Hut in Los Alamitos. If you’d like to support the fundraiser, please print the flyer below and show it to your server on 10/23 and 15% of your bill will go to the Club’s cookbook project. And please share this information with your friends.

This fundraising event is valid for dine-in, take-out & bakery purchases – so you can just stop by and bring something home for you family ans still support our Vets!

Get The Flyer Here

Each day, in the world’s greatest nation, 22 of our heroes will take their own lives.  The Patriotic Service Dog Foundation’s goal is to reduce that statistic from “22 to Zero” 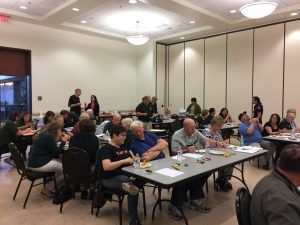 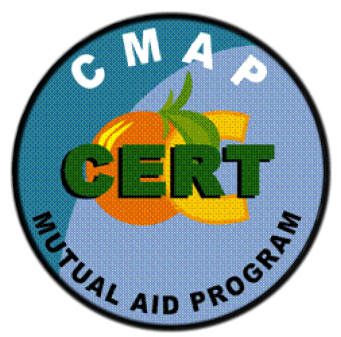 Our initial CMAP class for West Orange County CERT was a complete success, This class was based on the updated July 2018 CERT Mutual Aid Program materials released by Orange County CMAP, and it produced 6 new WOCC Level A candidates.

A huge thanks to our class facilitators Kris Moskowitz, Michelle Hosejsi, Art Remnet from WOCC and Ed Kane and Steve Ciolek from Cypress RACES for putting on a quality class. The class would not have happened with out the ongoing support of Loree Erpelding, Julia Clasby, Ed Fleming, and Dave Atkins. We also want to thank the Cypress Police Department for use of their training classroom.

Congratulations to each of you!